Skip to content
A mile south of downtown Minneapolis, the intersection of Franklin and Portland avenues is a gateway into the ethnically and racially diverse Phillips neighborhood. The intersection, marked by vacant gasoline stations and a parking lot in the early 2000s, became the focus of a 15-year revitalization effort known as South Quarter.
MORE 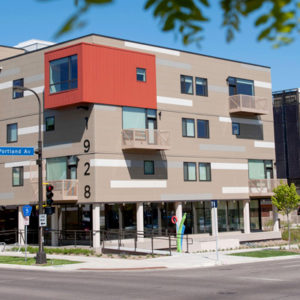