Dr. Eric Anthony Johnson joined Aeon as President & CEO in February 2022. He brings extensive academic and professional experience to Aeon. He holds a PhD in Urban Affairs and Public Policy from the University of Delaware. He is an alumnus of the Harvard University Graduate School of Design Advanced Management Development Program in Real Estate. He also holds an MBA from the University of Tennessee. Most recently, he served as Chief of Economic Development, Housing and Neighborhood Services at the City of Dallas, where he led efforts to create a $100 million fund to support affordable housing, and adoption of the City’s comprehensive economic development policy.

Johnson was born and raised in New Orleans and has worked in urban development in cities across the country. He is not new to Minnesota. Johnson earned a Master of Public Administration from Minnesota State University, Mankato in 1996. From 2018 -2020, he was Community Development Director at the City of Bloomington. There he led the creation of the City’s opportunity housing ordinance and Bloomington’s $15 million affordable housing trust fund. Its first investment was in Blooming Meadows South, a property Aeon acquired to preserve 306 affordable homes.

All Staff & Board Members 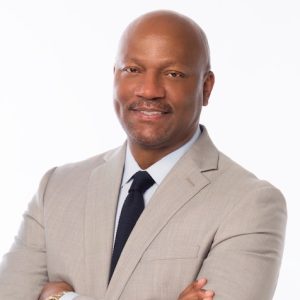